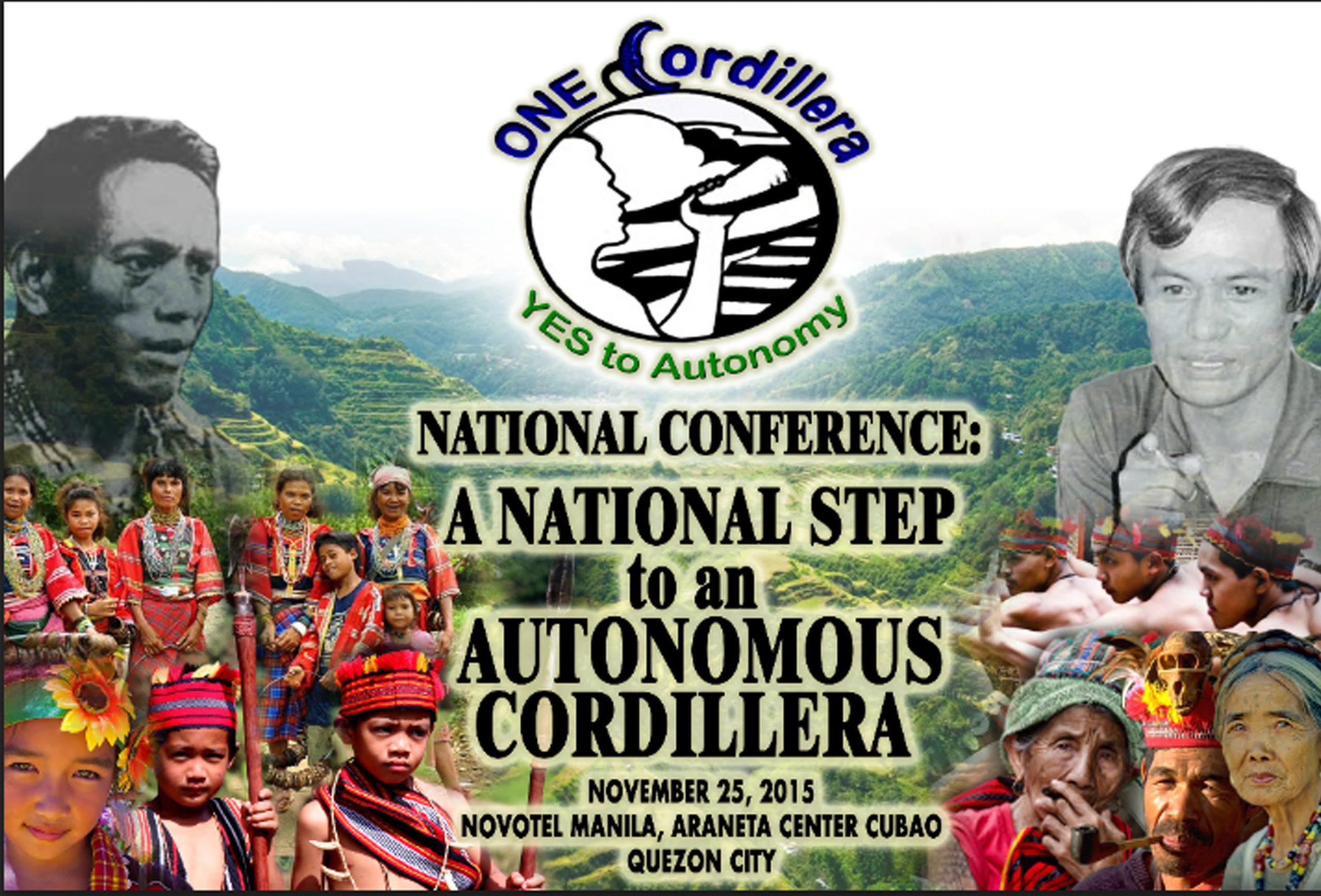 The Cordillera Regional Development Council awarded the GQEP funding to administer the National Conference: A National Step towards an Autonomous Cordillera to be held on November 25, 2015 at the Novotel Manila Araneta Center, Cubao, Quezon City. Expected are 350 legislators, government officials, NGO leaders and private business sector representatives. Cordillerans will come all the way from their provinces to attend the national conference.

The National Conference: A National Step to an Autonomous Cordillera, specifically aims to enjoin relevant sectors and actors at the national level and from other regions for a National Declaration of Support for our common vision; to establish a wider partnership to strengthen our advocacy; and to come up with realistic measures toward the passage of a pertinent Organic Act.

The government through the National Economic and Development Authority � Cordillera Administrative Region (NEDA-CAR) will sponsor the participation in the National Conference by shouldering registration fees to cover your meals and conference materials in this one-day event.